With Great Britain’s latest miserable failure in the 2019 Eurovision Song Contest held in Israel, we take a look back at some of the highs, and very lows, of British performances over the years. You see, it hasn’t always been this bad!

The Eurovision Song Contest was a vision come true, conceived by the man, Marcel Bezençon, a member of the European Broadcasting Union (EBU). The first contest was held on May 24, 1956; it was based on Italy’s Sanremo Music Festival, and originally had seven nations who participated in the contest.

The reason for his creation was that he wanted to test the limits of live television broadcast technology, by using a live orchestra and current radio hits, the contest grew into what it is today. Early on, the contestants were to only sing in their country’s national language, with rules set by the EBU, since then the rules have altered over the years.

So popular is the contest, that now some even try to predict the outcome while others try to connect dots in patterns that show who is going to vote for who.

Great Britain
The United Kingdom first made its debut in 1957 and may have one of the most impressive resumes when it comes to their past performances over the years. They have also hosted the contest eight times, with their most recent hosting taking place in 1998, in Birmingham.

Zero Points
Their lowest placements have had them finishing in 26th place a total of two times, in Riga 2003, the most notable, the contestant Jemini, who actually got them a never experienced before, zero points. There were those that were so upset with her performance that her dressing room was vandalised as a result.

Yet More Lows
Last place was also their fate with the contestant Josh, in Oslo of 2010 and also in 2008 with the contestant Andy Abraham, in Belgrade, with the song choice Even if. It would seem that Great Britain has a harder time these days even scoring in the top 10, possibly due to the change of contest rules that control the language in which the contestants can perform.

The Highs!
On a more positive note, they have won the contest a total of five times, with their most recent win by the group Katrina and the Waves, in 1997. In this particular instance, Katrina and the Waves scored a record-smashing 227 points that not only sealed their victory but also gave them another massive musical hit. 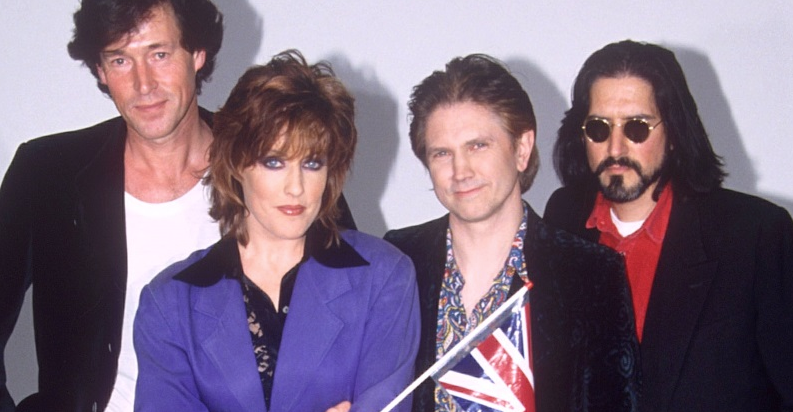 In one particular instance, a song was written specifically for the show, Flying the Flag, which was performed by Scooch but it only resulted in a 22nd finish, tying with France. To this day, there have been over 1,500 songs that have been sung in one of the world’s most recognized singing contests.

Great Britain’s first participant was Patricia Bredin who landed in 7th place. And in the most recent contest in Tel Aviv, Michael Rice’s song Bigger Than Us, rather shamefully put the United Kingdom in last place, once again. The question that many fans of the show ask is, why did Michael Rice come in last place?

That Word… Brexit
There are those who put the blame on Brexit, the withdrawal of the United Kingdom from the European Union which was voted upon in 2016, or is it simply that Great Britain isn’t putting the effort in like they used to?

When the calculation of the votes was revealed the British fans flooded social media with claims that Europe hates them all because of Brexit, that it is all political, and that what is the point in bothering to send anyone anymore?

Whether or not it is political or for lack of sending a memorable song, if Great Britain wants to return to their former glory days, some changes need to be made. Especially since a decade has passed since they last cracked their way into the top ten.

The Eurovision Song Contest shows no sign of stopping; it recently (2015) celebrated its 60th anniversary and honoured that milestone by admitting Australia as permissible participants for the first time in the show’s history.

The Greatest of Singing Competitions?
It was also recognised by the Guinness Book of World Records that year as being the longest running annual TV music competition. With approximately 189 million viewers watching it last year alone, the music competition shows no signs of slowing down anytime soon.